God And The Bible

The Natural Direction of Life Is Degeneration, Not Evolution (ICR Article)

Over 20 years I've asked many believers in evolution to define the word "evolution." Most have refused or ended the conversation. Some years ago I took a course for teachers, teaching us how to teach about evolution. The question of defining "evolution" came up, and the professor refused to answer the question.

Textbooks usually have a definition, and I'll list some of those toward the end of this article. First we need to understand the issue. The word "evolution" has multiple definitions. When a believer in evolution says there is overwhelming proof evolution is true, they are using a certain definition. And then when they say, "Since there is overwhelming proof evolution is true, we know that all life has come about as the result of evolutionary process over hundreds of millions of years." Without noting it, they have changed how they are using the word "evolution."

“There is a theory which states that many living animals can be observed over the course of time to undergo changes so that new species are formed. This can be called the ‘Special Theory of Evolution’ and can be demonstrated in certain cases by experiments. On the other hand there is the theory that all the living forms in the world have arisen from a single source which itself came from an inorganic form. This theory can be called the ‘General Theory of Evolution.’ and the evidence that supports it is not sufficiently strong to allow us to consider it as anything more than a working hypothesis.” 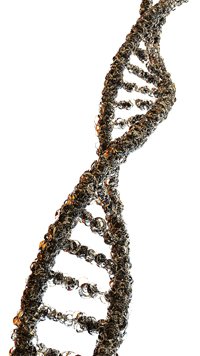 Dr. Kerkut is not particularly liked by evolutionists because of his statement concerning that lack of evidence for the General Theory of Evolution (GTE), but his two definitions stand up well. And even though evolutionists don't like what he said about the General Theory, his definition is accurate. For a single cell organism to evolve and eventually result in humanity, requires an increase in the organism's complexity and that means an increase in the amount of information in DNA. That is something that has never been observed and there is no mechanism that could accomplish this. In fact, while we do allow that a random mutation might happen that increases information, what has been observed so far is that mutations always are neutral or degrading. They may have a short term benefit, but we don't see the changes necessary to create a new kind of organism.

Let's start with a simplistic, but overall true overview: The Special Theory of Evolution (STE) is observable and everyone agrees it is real. When evolutionists talk about the overwhelming evidence for evolution, this is what the evidence supports. Those who believe the Bible agree, because God has built into every organism the ability to adapt, to a limited degree, to their environment. But, the Special Theory does not produce the changes, nor increase in information, that result in one kind of organism becoming a different kind of organism. And it says nothing about the origin of life.

In response, here is a quote from a molecular biology textbook that states mutations can result in an increase in complexity:

"Genetic recombination causes major rearrangements of the genome with surprising frequency: the genome can expand or contract by duplication or deletion, and its parts can be transported from one region to another to create new combinations. Component parts of genes -- their individual exons and regulatory elements -- can be shuffled as separate modules to create proteins that have entirely new roles. In addition, duplicated copies of genes tend to diverge by further mutation and become specialized and individually optimized for subtly different functions. By these means the genome as a whole can evolve to become increasingly complex and sophisticated." - Molecular Biology of The Cell. Third Edition, Alberts, Bray, Lewis, Raff. Roberts & Watson 1994, page 386

I strongly suggest reading an article titled "'Can mutations create new information?' It directly addresses the question of how mutations cause increased information.

The above textbook explanation relies on duplication and deletion. Deletion, by its very nature, results in a loss of information. That loss may result in a beneficial change, but it is still a loss of information. Here's an example using antibiotic resistance in bacteria: A bacteria may loose genetic instructions resulting in a change in the cell wall. In the non-mutated bacteria the antibiotic can pass through the cell wall. In the "new," damaged bacteria, the transport mechanism that allowed the antibiotic to enter the cell is no longer present, and the cell is now resistant to that antibiotic. The cell lost a function, and became less complex, but it was beneficial in an environment saturated with that antibiotic (a hospital).

What we are seeing is that the authors of the molecular biology textbook had observed some genetic changes, but at that time they did not fully understand what they were observing. They were coming to conclusions, based on assumptions coming out of evolutionary thinking, that were not correct. For example, one fact they did not know in 1995 was that mutations are neutral or detrimental. In summary I'll quote the conclusion section from the above linked article:

"Can mutation create new information? Yes, depending on what you mean by ‘information’. Also, ‘new’ does not necessarily imply ‘better’ or even ‘good’. When evolutionists cite examples of ‘new’ information, they are almost invariably citing evidence of new traits, but these traits are caused by the corruption of existing information. Mutations can create new varieties of old genes, as can be seen in white-coated lab mice, tailless cats, and blue-eyed people. But damaging mutations cannot be used to vindicate molecules-to-people evolution. Breaking things does not lead to higher function (and presupposes a pre-existing function that can be broken). Also, not all new traits are caused by mutation! Some come about by unscrambling pre-existing information, some from decompressing packed information, some from turning on and off certain genes.

"In all the examples I have seen used to argue against creation, evolution is not helped. There are no known examples of the types of information-gaining mutations necessary for large-scale evolutionary processes. In fact, it looks like all examples of gain-of-function mutations, put in light of the long-term needs of upward evolutionary progress, are exceptions to what is needed, because every example I have seen involves something breaking.

"We as creationists have the upper hand here. If we treat this properly, we can score a great victory in our long war for truth. The genome is not what evolution expected. The examples of mutations we have are not of the types required for evolution to advance. Evolution has to explain how the four-dimensional genome, with multiple overlapping codes and chock full of meta-information, came about. Can a mutation create new information? Perhaps, but only in the most limited sense. Can it create the kind of information needed to produce a genome? Absolutely not!"

I expect that, as a result of the video, there will be numerous people commenting and giving definitions of evolution. Let's look at some textbooks to see how they define evolution, and what the definition actually means.

Discover Biology (Cain/Damman/Lue/Yoon - 2000 ) - "Change over time in a lineage of organisms." (Glossary, page 5) - This is a very common definition that is generic and inclusive. It is so inclusive that it is no definition at all. A definition should allow us to distinguish between what is intended to be included and what is to be excluded. For example, it is now December 2019. I have changed significantly from what I was in 1975. Thus, based on this definition, I have evolved (instead of aging). This definition does not tell us anything meaningful, and thus it is not a valid definition.

Understanding Biology (Guttman & Hopkins -1983) - "A process in which the forms and overall genetic structure of organisms change with time." (Glossary page 931). This refines the definition to limit it to changes in form and genetic structure, making it a better definition. It describes what we see in the Special Theory of Evolution, genetic changes that result in differences in individuals and even new species. But it still does not explain the origin of life and the many different kinds of organisms.

Biology (Raven & Johnson - Sixth Edition 2002) - "Genetic change in a population of organisms; in general evolution leads to progressive change from simple to complex." (Glossary page G-5) This definition is similar to the one above and also describes the Special Theory of Evolution.

Biology Concepts & Connections (Campbell, Reece, Mitchell & Taylor - 2003) - "Genetic change to a population or species over generations; all the changes that transform life on earth, the heritable changes that have produced Earth's diversity of organisms." Once again a definition that describes the Special Theory of Evolution.

Using any of the above definitions a person can point to what has been observed and note that the observations are within the scope of the definition of evolution. Thus, supposedly, molecules to man evolution has been proven to be true. The assumption is that these prove the General Theory of Evolution, which they do not. What has been defined and demonstrated to be true is the Special Theory of Evolution, and that is all.

There was one textbook that tried to bring the definition within the realm of the General Theory.

Biology (Miller & Levine - 2010) - "Change over time; the process by which modern organisms have descended from ancient organisms." (Glossary page G-12) The glossary refers to page 450 where we find further information: "A scientific theory of biological evolution that explains how modern organisms evolved over long periods of time through descent from common ancestors."

This definition starts with "change over time," which as we've seen is too broad to be an acceptable definition. The definition goes on to refine this as the change process that resulted in modern organisms. It seems to be specific because we automatically think of molecules to man, but that's not what this says. There is nothing in this definition about descent from a single common ancestor, nor about the origin of life. I look around me and see "descent from common ancestors." All humanity is descended from the common ancestors of Adam and Eve. All "cat" kinds of animals descend from a common "cat" ancestor created on day six of creation. And so on. So Biblical creation perfectly fits with this definition of evolution... and so this definition is of no help in discerning whether the General Theory of Evolution is true.

What we are seeing is that every textbook definition of "evolution" is a definition of the Special Theory of Evolution (STE). There is overwhelming evidence supporting SPE and everyone agrees is true. However, none of these definitions apply to the General Theory of Evolution (GTE). Yet, in reading any of these textbooks they assume that since evidence matching their definition is found (ad a lot of it), evolution (the General Theory) is proven to be true. That is a totally false conclusion!

Kerkup's (above) definition is a good one: "All the living forms in the world have arisen from a single source which itself came from an inorganic form." And when this accurate definition is applied, we see, just as Kerkup saw, it is not supported by the evidence.

Do Miracles Mean The Bible Is A Fairy Tale?

Was Jesus' Resurrection Real or Fake?

Do Babies Go To Heaven?

Can We Know God Exists?

The Age of the Earth - Helium In Rocks